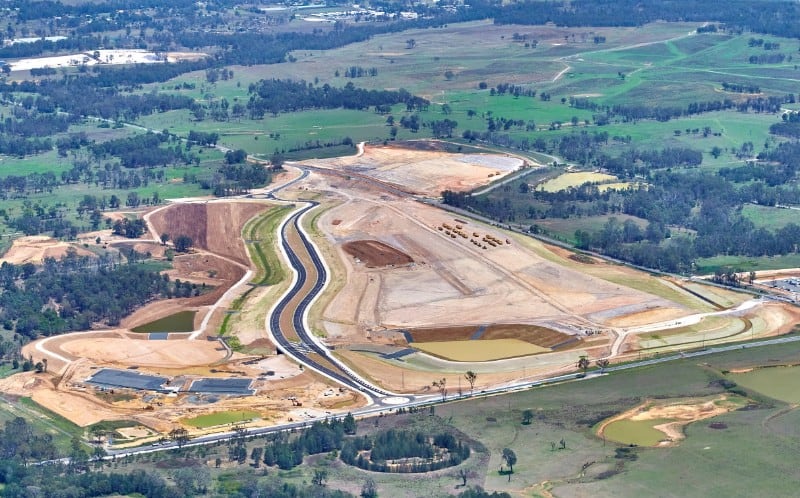 Around 1700 hectares within Badgerys Creek was purchased by the Federal Government for use as an airport in 1986, construction has been underway for almost 2 years, and the airport is expected to begin operations in 2026.

With an expected cost of $1.8 billion, the new 16-kilometre M12 motorway will require clearing of 74 hectares of native vegetation as well as complete or partial acquisition of 40 residential properties. Due to start in 2022, the construction of the new motorway is expected to be completed by 2025, a full 12 months before the airport is scheduled to open.

The construction phase of the new airport is expected to create 11,000 jobs in the region, and they anticipate that the airport itself will create around 28,000 jobs by the year 2031. They have also committed to employ Western Sydney residents for 30% of all direct job opportunities.

The new high-skilled jobs hub will include employment opportunities in a wide range of industries, such as aerospace, manufacturing, defence, healthcare, agribusiness, education, as well as freight and logistics.

The Western Sydney Infrastructure Plan includes major linkages for both roads and public transport to help boost the local economy and liveability. Not only will this investment create thousands of local jobs, but it will also relieve pressure from the existing infrastructure, reduce congestion and travel times, and ultimately unlock the region’s capability for economic growth.

Property owners in the Western Suburbs seem to be having no problems fielding premium offers from property investors. This is most likely caused by the notable shortage of commercial and industrial space available, especially in the vicinity of the new airport precinct.

The Federal Government is expecting the new airport to have a profound impact on residential and commercial property prices, as well as a significant amount of both economic and employment growth in the Western Sydney Corridor. These effects are already becoming a reality, with new developments and a range of other investment commitments happening in the surrounding area.

While property prices fell 10.5% across Sydney last year and continue to decline, the prices of property in the south west are either increasing or holding firm. Property owners in the area surrounding the new Western Sydney Airport were buoyed by the start of construction and ready to cash in on this huge infrastructure investment as property prices skyrocketed, some increasing by as much as 167% in four years.

Once considered to as another backwater of the ever-expanding fringe or suburbia, the area around Badgerys Creek is quickly becoming one of the most lucrative suburbs in Sydney. There are clearly 2 groups of winners thanks to the new airport development are the owners of property or business in the Greater Western region of Sydney.